On 14th March 2020 a group of Probashis, arriving from Italy, were transferred to a local facility to go through the government‘s newly initiated coronavirus screening procedures. At one point they started shouting and screaming, some incoherently, others complaining about lack of food and water, uncomfortable environment and inordinate delay in carrying out the procedures, which they felt was unnecessary as they had undergone similar procedures in Rome and Dubai with negative results. The police appeared to handle the situation superbly, managing to calm the group and persuade them to co–operate with the authorities. Thereafter, the appropriate procedures were carried out without any further incidents. The matter should have ended there. But it did not.

Within hours, the foreign minister Dr Abdul Momen decided to speak, expressing his strong displeasure at the behaviour of the group, and holding Probashisresponsible for “importing” coronavirus to Bangladesh. He then added that Probashis behave like “nobabzadas” whenever they come to Bangladesh. A few days later the state minister for health Mr Zahed Maleque told the press that a Probashi from Italy had come to Bangladesh and then returned to Italy after transmitting coronavirus to his own mother.

Bangladesh is one of the very few countries where coronavirus still appears to be at the containment stage. Nevertheless, Bangladesh, being a part of the global village, has had tens of thousands of people arriving intoits territories in the last three months from various destinations through land, air and sea. They include Probashis, foreign nationals, sailors, business people, government officials, travellers and so on. Any one of them could unsuspectedly carry the virus and transmit to others, some might even have left the country after unwittingly transmitting it to locals. It is impossible to know how and when the virus was transmitted in Bangladesh as many carriers remain asymptomatic while spreading the virus.

Therefore, if or when coronavirus does spread in Bangladesh it could be for numerous reasons and from numerous sources, some identified others not. In thesecircumstances using words such as “importing” and pointing a finger at Probashis was neither wise nor factually correct. In the same breath mocking the Probashis, as behave like “nababzadas” whenever in Bangladesh, was not only deeply offensive but also, as it transpires, designed to provoke hatred.

Instead of reflecting on his ill–judged remarks, the foreign minister decided to raise the stakes even higher. On 21st March 2020 he announced that the dead bodiesof Probashis, particularly those died abroad of Covid-19, a disease caused by coronavirus, should not be sent to Bangladesh for burial. This was an bewilderingly breath taking announcement.

By then the WHO’s guidance on disposing of such dead bodies was well known and governments were burying or cremating them following strict public safety measures with very little contact from the families, let alone allowing them to go throw the country’s air cargo procedures to be shipped abroad. The foreign minister would have known that. If he still had concerns, he couldhave discreetly notified his Missions abroad and they would have taken care of the matter in a dignified way. It must be said that his announcement was not only unnecessary, it was devoid of any human empathy and it contained an element of callus disrespect for the dead.

Once the foreign minister made it publicly clear that no Probashis, dead or alive, were welcome in Bangladesh,the demonising process was complete. From then on Probashis in Bangladesh became fair game.

There was immediate backlash against Probashis on social media. This was followed by numerous reported incidents of threats, verbal abuse and physical aggression on Probashis all over the country. They weremocked, abused and spat at. Their properties werevandalised. There are a number of credible accounts of the corrupt element of the police extracting money from Probashis using the threat of torture for, allegedly, not obeying the government’s instructions to stay in home quarantine. In one instance, as reported by a TV channel, such threat was made by the police to the family of a Probashi who lives in France, who is not only not in Bangladesh now, but has not been there for many years. There have been instances of red flags beinghoisted to identify where Probashis live, not dissimilar tothe way the fascist thugs were going around identifying Jewish properties in Nazi Germany. There have alsobeen reliable reports of deaths occurring of patients due to hospitals’ refusal to treat them simply on accounts of being Probashis, even though not exhibiting any symptoms of coronavirus.

This Probashi bashing campaign has no doubt harmed Bangladesh’s efforts to contain coronavirus. Thegovernment’s clear instructions to all citizens to stay at home, frequently wash hands and maintain social distancing were clouded by the erroneous perceptionheld by many that the Probashis were the carriers and spreaders of the virus and only if they were forced out of circulation, everyone else could continue a near normal life. Hence, rather than adhering to the government’s instructions to the letter, many were involved in atrocities described above. Many shops and buildings put up signs and instructed security guards not to allow any Probashis in, whereas the proper thing, as practised in many countries, would have been to deny entry to anyone who had any recognised symptoms of coronavirus regardless of who they are.

A verified account of a Probashi who returned to England a week or so ago tells an astonishing story. He had arrived in Bangladesh in January 2020 and in early March started a coronavirus awareness campaign in his locality which included advice for people to do their prayers at home rather than at mosque to avoid congregation. This angered some locals. One evening agroup of 20 of them marched to his house to tell him that he has coronavirus and therefore he must stay at home at all times or return to England. He pledged to return to England. In his own words: “As soon as I said that, they became euphoric and started shaking hands and hugging each other. I knew that if any one of them had the virus then their behaviour was putting them all at risk. But I was too scared to say that because they would have beaten me up.”

The extent of the damage this distraction has caused to the government’s containment effort will likely crystallise in the next few weeks. Furthermore, this demonising of Probashis has come at a time when many of the 9 million so called remittance fighters are going throughan unimaginable level of anxiety and hardship all over the world. Many, alone without families, or resources in coronavirus hotspots around the world, are in daily fear of hunger and death. Reports are now coming in on hourly basis of deaths of Probashis in Europe, Middle East, America and other parts of the world, some in the most heart-breaking, loneliest and horrific of circumstances. No word of empathy, compassion orgestures of human kindness shown towards them from the Bangladesh Authorities, except that they are not wanted in Bangladesh dead or alive. The Prime Minister Sheik Hasina, addressing the nation, on 25th March and 5th April 2020, in the wake of coronavirus pandemic,made no mention of the Probashis, let alone including them or their families in her $8.5 billion stimulus package. While these people were hailed as heroes and remittance fighters in good times, if they now feel they have been jettisoned by their own country at the first sign of a crisis, then would they be so wrong?

Najrul Khasru is a British Bangladeshi barrister and a part-time tribunal judge in England. 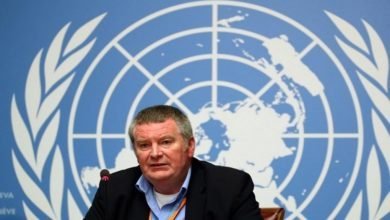 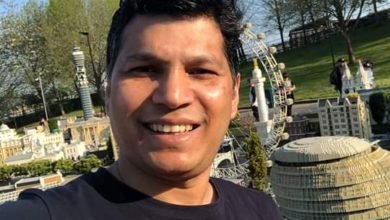 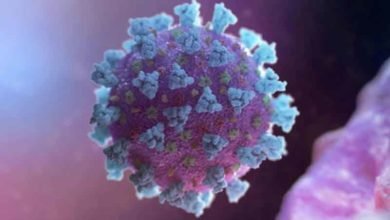 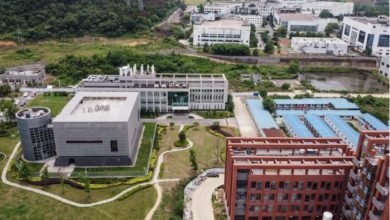