The main highlight of this game was during additional minutes before the final whistle as Cardiff City goalkeeper Neil Etheridge saved an injury-time penalty from 10-man Newcastle United’s Kennedy, as the newly promoted hosts earned a first point of the Premier League season in dramatic fashion.

A full-blooded and evenly contested first half contained chances at both ends, and Kenedy was lucky not to be sent off for kicking Victor Camarasa off the ball.

Cardiff dominated after the break and should have led when Kenneth Zohore headed wide, before Newcastle substitute Isaac Hayden was dismissed for scything down Josh Murphy from behind.

Zohore had another chance to score with a close-range header that was cleared off the line by Jacob Murphy, but Rafael Benitez’ side reorganised efficiently and were awarded a penalty deep into added time when Bluebirds captain Sean Morrison handled a cross from Yoshinori Muto.

However, for a second match in succession, Etheridge saved a spot-kick to prompt jubilant celebrations among Cardiff fans who minutes earlier had seemed disappointed by the prospect of a goalless draw.

Everton held off a resurgent Southampton side to mark Marco Silva’s first competitive home match as Toffees boss with victory at Goodison Park.

Theo Walcott provided the reward for early pressure when stabbing home from a rehearsed free-kick after 15 minutes, latching onto Morgan Schneiderlin’s disguised pass.

Walcott then turned provider as Richarlison doubled the lead, battling his marker and sending a header thumping past Alex McCarthy for his third Everton goal in two games.

Before the break, Jordan Pickford produced a remarkable sprawling save to deny Danny Ings when his own error had left the striker an open goal to aim at.

But the former Liverpool man did find the net nine minutes after half-time when turning home from a clever flick by Mario Lemina at James Ward-Prowse’s corner.

Ings was totally unmarked in the six-yard box, and his goal opened a far more positive period for Southampton, but it was Walcott who should have sealed the points for Everton with 20 minutes to play.

Instead it was a slightly nervy end to a game that should have been far more comfortable Everton, with Pickford punching a fierce Ward-Prowse free-kick clear of his near post as Southampton pressed for a later equaliser.

Leicester City held on with 10 men to beat Wolves after striker Jamie Vardy was sent off – and manager Claude Puel said they were “lucky” to win.

Vardy, who started the game after scoring as a substitute in the Foxes’ Premier League opener against Manchester United, was dismissed on 66 minutes for a reckless challenge on Matt Doherty.

Leicester already led by two goals at that point – Doherty inadvertently setting them on their way with an own goal he knew little about as he headed home a Marc Albrighton cross which took a flick off Conor Coady.

James Maddison, a £20m signing from Norwich, scored the second on his home debut on the stroke of half-time with a well-placed finish from the edge of the area.

Wolves had started the game strongly but failed to make the most of their opportunities, Joao Moutinho striking the crossbar with Kasper Schmeichel beaten and Raul Jimenez hitting the post following a sharp turn.

And Nuno Espirito Santo’s side, for whom club record signing Adama Traore came on at half-time, could not capitalise on their extra man after Vardy’s dismissal as their wait for a first Premier League victory since February 2012 goes on.

Harry Kane finally scored his first Premier League goal in August as Tottenham maintained their 100% start to the season with victory over newly promoted Fulham.

England striker Kane had failed to find the net in 14 previous games in the first month of the season and it looked like his barren run was going to continue as he had a goal ruled out and hit the crossbar at Wembley.

But his luck turned with 13 minutes remaining as he cleverly turned his marker inside the area before tucking the ball into the far corner for his side’s third.

Lucas Moura had opened the scoring in the first half with his first Premier League goal, curling a clinical strike beyond Fabri’s dive.

However, Fulham – who lost to Crystal Palace last weekend in their first game back in the top flight following promotion – levelled just after the break when Aleksandar Mitrovic nodded in from close range.

Kieran Trippier restored Tottenham’s lead with a stunning free-kick that stirred memories of his strike for England against Croatia at this summer’s World Cup, before Kane’s strike secured the 3 points Tottenham aimed for before the game.

A fine individual goal from Callum Wilson and a Steve Cook header six minutes later gave Bournemouth the win after Marko Arnautovic’s penalty had put the hosts ahead in the first half.

The Hammers, beaten 4-0 at Liverpool last Sunday, took the lead when Arnautovic converted a penalty after Javier Hernandez had been clipped by Nathan Ake.

But Wilson equalised as he ran with the ball from near the halfway line and slotted past Lukasz Fabianski, before defender Cook secured a fine away win from Ryan Fraser’s free-kick.

It means West Ham have failed to earn a point from Pellegrini’s first two games in charge, while Eddie Howe’s Bournemouth have two wins from two matches.

Marcos Alonso’s late strike settled a chaotic Premier League classic in Chelsea’s favour after Arsenal fought back from two goals down and threatened to earn a point at Stamford Bridge.

But, despite the victory, coach Maurizio Sarri said he did not believe his players were ready to challenge for Manchester City’s title.

Sarri’s side had built a two-goal advantage inside the first 20 minutes as Pedro turned in Alonso’s cross and Alvaro Morata added another seconds after Arsenal’s Pierre-Emerick Aubameyang shot went over from close range.

Henrikh Mkhitaryan wasted a similar opportunity from an identical spot before pulling one back with a low shot that Chelsea’s new £71m keeper Kepa Arrizabalaga should have saved, before Alex Iwobi put the Gunners on level terms.

Andre Gray struck on his return to Turf Moor as Watford scored an away goal for the first time since January to continue their winning start to the Premier League season.

Gray, who left Burnley for Watford in August 2017, produced a brilliant volley from Troy Deeney’s cross in the first three minutes.

But Watford scored twice in the first six minutes of the second half to secure victory – with captain Deeney hitting his first Watford goal since March by latching on to Abdoulaye Doucoure’s perfectly weighted pass.

Will Hughes fired a third for the Hornets when he collected Burnley defender Matt Lowton’s loose pass and drove the ball in from outside the area, well beyond the reach of  Ex-Manchester City goalkeeper Joe Hart.

With 20 minutes remaining, Sam Vokes almost scored with his very first touch after coming on as a substitute for Burnley, heading narrowly wide as Ben Foster scrambled to his bottom corner.

However visitors Watford, finished the superior side as their opponents – playing their sixth competitive match in 25 days – failed to find a route back into the match.

Manchester City boss Pep Guardiola said Sergio Aguero is in the best condition he has seen him in, after the striker scored a superb hat-trick in a thumping win over Huddersfield.

Aguero opened the scoring in the first half before adding two goals after the break to complete his 13th career hat-trick and ninth in the Premier League.

The defending champions, who beat Arsenal 2-0 in their opening match, lost only once at home in 2017-18, and victory never looked in doubt against a Huddersfield team who have now been beaten in their first two games.

The Terriers did manage to hold City at bay for 25 minutes but were undone when goalkeeper Ederson picked out Aguero with a pinpoint pass and the striker drew out Ben Hamer before lifting the ball into the net.

Gabriel Jesus added a second seven minutes later with a crisp low strike from the edge of the area, before Aguero pounced on a Hamer error to stab in his second.

Jon Gorenc Stankovic gave the visitors the slightest glimmer of hope before half-time when he poked in from Steve Mounie’s flick-on, but any optimism was snuffed out early in the second half by a brilliant free-kick from David Silva.

Aguero wrapped up his hat-trick with a smart flick from Benjamin Mendy’s cross – before a Terence Kongolo own goal sealed an emphatic win for an impressive City.

Guardiola’s side are top of the table and have scored eight goals in two games, conceding just one. Huddersfield, meanwhile, drop to the bottom on goal difference.

Brighton stunned a lacklustre Manchester United with three first-half goals to secure a famous victory at the Amex Stadium.

However, Brighton capitalised on a poor start from United to take the lead on 25 minutes, when Glenn Murray flicked home Solly March’s low cross over De Gea.

But Eric Bailly’s rash challenge on Pascal Gross inside the area presented Brighton with the chance to restore their two-goal advantage, which Gross took.

United improved marginally after the break but never really looked like threatening a fightback, though Paul Pogba netted an injury-time penalty after Duffy brought down second half substitute Marouane Fellaini. 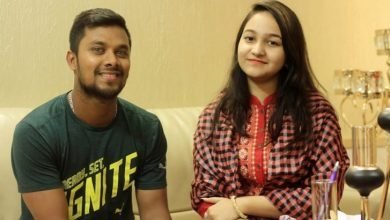