UNB : Bangladesh has appreciated the accountability efforts at the International Court of Justice (ICJ) lodged by Gambia on crimes committed on Rohingyas allegedly with genocidal intent by Myanmar.

Dhaka underscored complementarities between accountability and creation of an atmosphere conducive to sustainable repatriation, said the Ministry of Foreign Affairs here on Friday.

A Bangladesh delegation led by Foreign Secretary Md Shahidul Haque attended the hearings of the case filed by Gambia on behalf of 57 members of OIC against Myanmar.
Haque said Prime Minister Sheikh Hasina will continue to be sympathetic to Rohingyas because she has been a refugee twice in her life.

The hearing was held at the Peace Palace in The Hague on December 10-12. The Court was asked to accord provisional measures to bring relief to the Rohingya community and end the prevailing culture of impunity of the perpetrators in Myanmar.

More than 7,00,000 Rohingyas were forced to flee to Bangladesh after Myanmar launched a brutal offensive in the pretext of a counter-insurgency operation in the Rakhine State. Rohingyas and rights activists have accused Myanmar of murder, rape, torture, arson and loot – charges denied by the military.

Many have called it an ethnic cleansing campaign. In October, the head of a UN fact-finding mission on Myanmar warned that “there is a serious risk of genocide recurring”.

The Bangladesh delegation provided inputs on the context of the crisis, clarifications on Bangladesh’s efforts to repatriate forcibly displaced Rohingyas in safety, security and dignity.
On December 10, the hearing started with Gambian lawyers presenting their case to the 15 judges of the ICJ.

In the afternoon, Myanmar made final observations and arguments.

On the sidelines of the Court attendance, Foreign Secretary Haque met ICC officials. He also attended an event ‘Right to Reply’ organised by a group of INGOs and elaborated Bangladesh’s position on the humanitarian assistance to the Rohingyas living in Cox’s Bazar camps.

The event also recorded comments from Rohingyas residing in camps in Cox’s Bazar through internet. 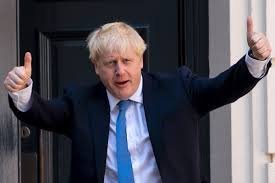 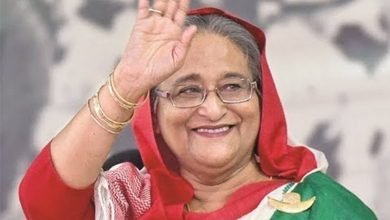 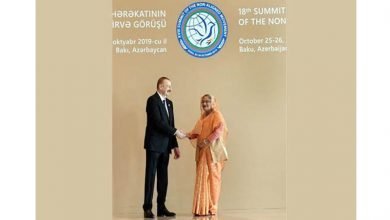