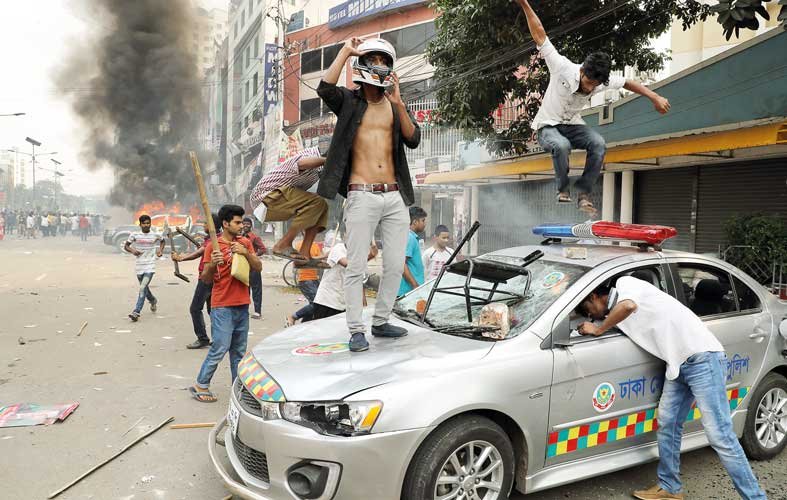 Desk Report :: At least 65 people have been detained in three cases filed in connection with the Wednesday’s clash between BNP activists and law enforcers in front of the party’s Nayapaltan central office, UNB reports.

The cases were filed on Wednesday night with Paltan Police Station on charge of vandalism, arson attack and obstructing police from discharging their duties, said Sub-inspector Faruk, duty officer of the police station.

BNP Standing Committee Member Mirza Abbas, his wife Shahida were among the accused.

At least 50 people, including 23 police, were injured in a clash between BNP leaders and activists and law enforcers in front of the party’s Nayapaltan central office on the third day of the party’s nomination form sale.

Police lobbed teargas shells, rubber bullets and charged batons while two police cars were torched during the clash that began around 12:50pm and lasted for around 25 minutes.