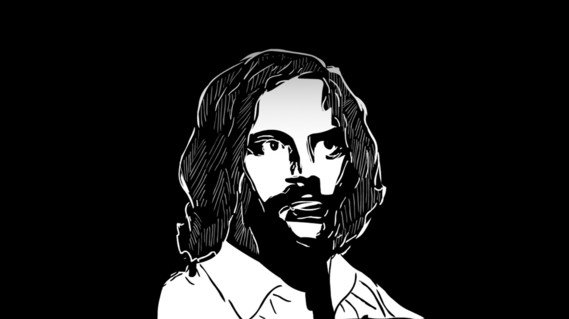 Altab Ali was the young Bengali man whose brutal murder in Whitechapel in1978 mobilised the Bangladeshi and wider community to take a stand against racial intolerance.

To keep alive the important messages about community cohesion and standing united against racism, John Biggs, Mayor of Tower Hamlets announced in October 2015 that London Borough of Tower Hamlets would host Altab Ali commemoration day annually on 4 May.

In 2020, the council is marking this important moment with the launch of a free new resource for young people as well as a film to watch at home.

The Fight for Equality, a fantastic new online education resource, and the short film, Altab Ali and the Battle of Brick Lane, pay tribute to the anti-racist cause for which Altab Ali has become an important symbol.

In 1998 St. Mary’s Park in Whitechapel was renamed Altab Ali Park in his honour.

Altab Ali and the Battle of Brick Lane

Altab Ali and the Battle of Brick Lane is a poignant and hopeful animated film made in partnership with Loughborough University’s Migrant Memories and the Post-colonial Imagination project, and directed by doctoral researcher Diwas Bisht.

This energetic and moving animation was led by young people who were inspired to share the story of the senseless attack on Altab Ali, a significant turning point in east London’s race relations.

They conducted research through local archives, heritage walks and discussions with those at the heart of the anti-racist movement in recent decades.

Watch the trailer for Altab Ali and the Battle of Brick Lane.

Watch the premiere of the film from 10am on Monday 4 May.

The illustration and stop-motion format uses a stark palette to tell this hard-hitting and true story with maximum impact. This mini documentary will be available for a limited free, online release for 72 hours only before being submitted to film festivals worldwide.

The Fight for Equality

The Fight for Equality resource has been developed with young people from George Green School, as a way to help others learn about the radical history on their doorstep, and the way local communities have come together to help stamp out racism.

It celebrates those who have inspired change by speaking out and taking direct action against hatred and intolerance. Their actions have contributed to making the borough a safer and more equal place.

As a rich cultural melting pot, Tower Hamlets has always been a place where people are not afraid to stand up for their rights; from those who marched against Oswald Mosely’s fascists in 1936, to those who opposed the National Front in Brick Lane in 1978 and, more recently, who stood firm against the English Defence League in Whitechapel in 2012-13.

This resource tells the stories of equality, activists and collective power, and aims to equip young people with the knowledge and confidence to become activists in the ongoing battle against hate crime.