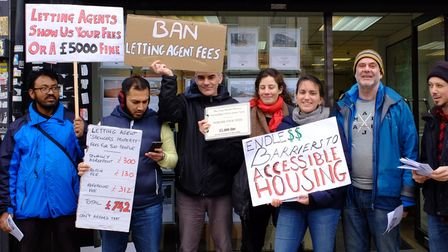 An innovative project run by Tower Hamlets Council is helping private tenants reclaim rent from landlords who break the rules.

More than £200,000 has been reclaimed for tenants under the Rent Repayment Order (RRO) project, which holds landlords to account if they fail to obtain the correct property licence before taking on tenants.

It also covers other offences like using or threatening violence to secure entry into premises; illegal eviction or harassment or failing to comply with an improvement notice or prohibition order.

A Rent Repayment Order requires repayment of rent paid in respect of a tenancy, by a landlord or agent who has committed an offence. It is not necessary that the landlord/agent has been convicted, but in order to grant an RRO, a tribunal must be satisfied beyond reasonable doubt that one of these offences has occurred.

The largest amount secured under a RRO for one individual is £9,000.

The largest amount claimed for one property was £55,000 for nine tenants who resided at the property at various times whilst the property was unlicenced. The property required a Mandatory HMO licence because it was occupied by eight tenants for a certain period.

One grateful resident wrote to the Council after their RRO case was taken up by Environmental Health and Trading Standards: “Thanks so much for all the work you’ve done on this. This has really been a lifeline and a just restitution from the landlord. It wasn’t a pleasant experience dealing with him and it’s great to be able to draw a line under all of this.”

All the properties for which claims were made has since acquired HMO licences.

John Biggs, Mayor of Tower Hamlets, said: ‘’As a Council we want to do everything we can to make sure tenants are not exploited by unscrupulous landlords. I’m pleased we brought in this scheme and that’s its already made a real difference to residents in the private rented sector.”

Cllr Eve McQuillan, Cabinet Member for Planning and Social Inclusion, said: ‘’All tenants deserve safe and secure homes. Where landlords fail in their responsibilities to tenants, we will use our powers, including RROs, to stand up for residents and make sure they are safe from exploitation and unsafe flats.”

Ramadan guidelines for Umrah and prayers