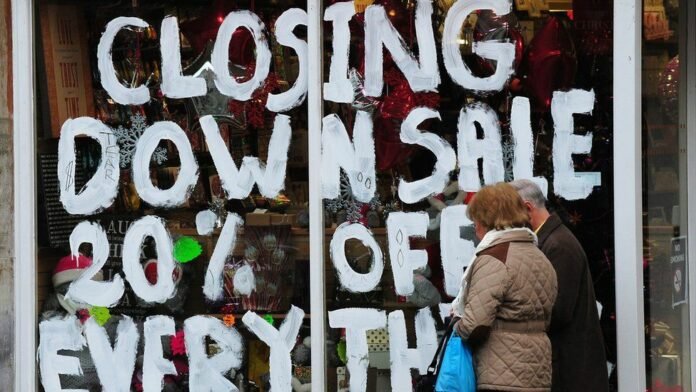 The UK economy shrank by 2.6% in November as England was placed in lockdown for a second time, official figures show.

The Office for National Statistics said it meant gross domestic product was 8.5% below its pre-pandemic peak.

Pubs and hairdressers were badly hit as the service sector suffered, the ONS said, but some manufacturing and construction activity improved.

The hit to the service sector – which accounts for about three-quarters of the UK economy – meant it contracted by 3.4% in November, and is now 9.9% below the level of February 2020.

Chancellor Rishi Sunak said the figures showed “it’s clear things will get harder before they get better and today’s figures highlight the scale of the challenge we face”.

However, he said the vaccine roll-out and economic support measures meant there were reasons to be hopeful. “With this support, and the resilience and enterprise of the British people, we will get through this,” he said.

ONS director for economic statistics Darren Morgan said: “The economy took a hit from restrictions put in place to contain the pandemic during November, with pubs and hairdressers seeing the biggest impact.#bbc

UK will go through the “most dangerous time” of the pandemic, says Whitty