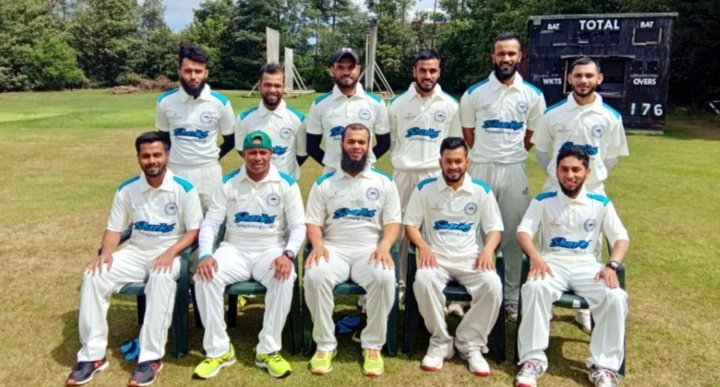 THCC delighted to announce their primary club sponsor as Sharks

Owner of Sharks said, “Chase and Partners are delighted to have the opportunity of sponsoring THCC and wish all the team and supporters a successful and enjoyable season”

Earlier this year, Tower hamlets Cricket Club (THCC) was shortlisted for senior team of the year award for 2019. Being shortlisted for this prestigious award made the members of the club member proud and emotional.

“This is a community club so we want a friendly atmosphere and young players has to come forward to play cricket in tower hamlets. We got so many qualified coach so we can help the community who wants to play cricket.”

Club Captain Shumon Sharif added, “Getting nomination for the Senior Team award for back to back two years shows the club marching in right direction and this night will motivate our boys to work harder during the season.this a friendly club any one welcome who has got skills and play cricket.