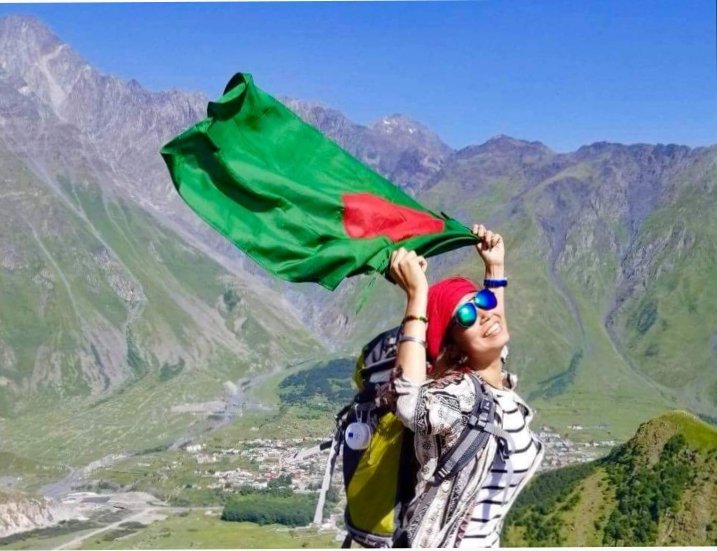 Dubbed as Flag Girl Bangladesh’s Najmun Nahar has reached Liberia as Bangladesh gears up to celebrate Victory Day. Najmun Nahar is the first Bengali female world traveller who has travelled more than hundred countries with the flag of Bangladesh. She has created an unprecedented history through her journey. She is travelling all over the world as the herald of peace holding a flag of Bangladesh. Najmun has created a record of representing Bangladesh’s flag in 118 countries around the world. 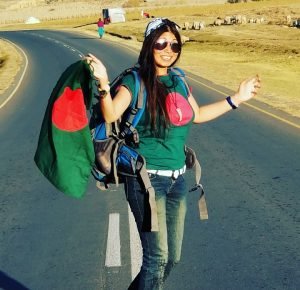 Najmun started travelling from a young age. Her mission is to travel every country on the planet with Bangladesh’s flag to promote peace and humanity. She also works as a peace activist around the world visiting people in remote areas to exchange history, culture and heritage.

It was in 2000, that she started her world tour through participation in an International Adventure Programme at Panchmari, Bhopal in India. She upheld the national flag of Bangladesh before the participants of 80 countries. At the same time, she went to Panchmari, Bhopal in India. This is the first time ever in her life that she travelled to a foreign country! She then in 2017 travelled to New Zealand as 93rd country. She reached the flag of Bangladesh to the highest summit. 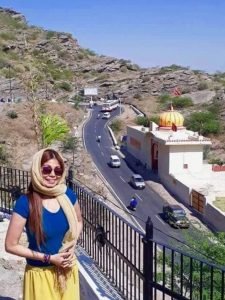 Najmun touched the hallmark of travelling 100 countries while she entered Zimbabwe in June 2018 by holding the flag of Bangladesh and by walking on the top of the world famous cascade ‘Victoria waterfall’ that floats over half of Zambia and half of Zimbabwe. Considering her all extraordinary feat, Harriat Kayena, Governor of Zimbabwe has honoured her monumental hallmark and she has received an award ‘Flag girl’ from the governor of Zambia.

Najmun Nahar is an exceptionally rare woman in contemporary world history who has travelled alone thousands of miles, one country to another country holding a flag of her own country.

More than 200 features have been published about her journey, numerous documentaries have been made on her and she has appeared as a motivational speaker. She has been invited to share her adventures and give motivational speeches around the world with many drawing inspirations from her travel stories

Ignoring fear and uncertainty she has explored mountain, bottom of the sea, remote jungles, and unknown tribal domains.

As Najmun travelled to Europe in 2006 for higher studies, she began to see a larger picture. Her stay in Sweden’s youth hostel empowered her with confidence and stride for adventure.

However, her trips haven’t always been fun and easy. “I almost died above 14,000ft in Peru’s Rainbow Mountains because of low air pressure at high altitude,” she said.“I only recovered after using an inhaler from a fellow tourist.” likewise, many times, during my adventures, I faced extremely dangerous situations which could have easily led to death. I took them wholeheartedly and went ahead, travelling to one country after another, exploring different countries and working as a peace activist with cultural diversity. I have travelled extensively across the continents.

She said, I am proud to represent my beloved motherland during my travels, evident from the fact that she always carries the flag of Bangladesh during her trips. She said, “For me, my traveling experiences are my treasures. When I climb the mountains, I feel closer to God. My travel is also a spiritual journey that brings me closer to the Almighty. No matter which nation I go to, I find a stranger helping me like an angel sent by God. Life itself is a journey. I have undergone many hardships, made many sacrifices and had moments of pain in my journey but the reward was many times more. I learnt about the world, got to meet and know about new people.”