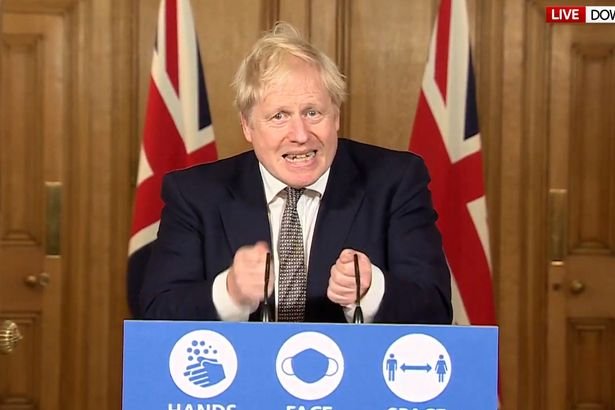 The Prime Minister has announced that from Thursday, people in England must once again only leave their homes for specific reasons, with pubs, restaurants, non-essential shops, hairdressers and gyms forced to shut.

Boris Johnson has tonight announced England will go back into lockdown for four weeks from Thursday – after dire warnings that thousands could die every day if action is not taken.

Pubs, restaurants and non-essential shops will be forced to close, and people will again be banned from leaving their homes except for very specific reasons.

The Prime Minister said that without action, deaths would reach “several thousand a day”, with a “peak of mortality” worse than the country saw during the lockdown in April.

He added: “The risk is, for the first time in our lives, the NHS will not be there for us.”

Under the new measures, which need approval from Parliament, all travel within the UK will be discouraged except for work purposes, while non-essential outbound international travel will be banned.

Mixing within homes will not be allowed anywhere in the country, except for childcare and essential support purposes, when the lockdown comes into effect at 12.01am.

Schools, universities and courts will remain open, the Prime Minister has confirmed, but gyms and hairdressers must close.

The Prime Minister says the measures will be in place for four weeks, until December 2, when he intends for England to move back to the existing three tier system.

Under the new lockdown rules, which need to be approved by Parliament, the only reasons people are allowed to leave home are:

The rule of six no longer applies to outdoor gatherings – instead, people can only meet one person from one other household or bubble, and only if they’re on their own when they do so.

There were 21,915 infections confirmed in 24 hours, the Department of Health confirmed, bringing the total since the start of the pandemic to 1,011,660.

Nearly 10,000 people are in hospital, latest data shows, while 978 are in ventilator beds.

The official Covid-19 death toll stands at 46,555, but ONS data recording cases where the virus is mentioned on death certificates show there have now been 62,000 fatalities.