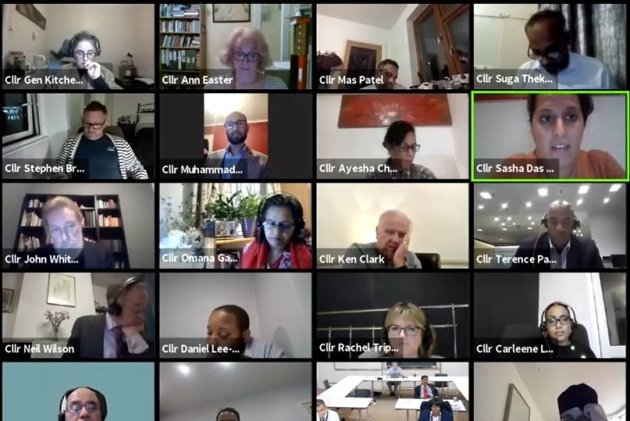 Plans to accelerate participatory democracy through people power in Newham, and a referendum which could change how the borough is governed for the first time in a generation, were passed last night (Wednesday 21 October) by Newham Council.

The proposals – in line with Mayor Rokhsana Fiaz’s manifesto commitment to extend democracy, transparency and accountability and hold a referendum on the current Mayoral model – have been developed under a new ‘People Power Participation and Co-Production Framework’. Measures will include the country’s first ever standing citizens’ assembly, building on other innovative approaches already underway.

As part of the plans, Councillors also voted to commit the authority to hold a referendum on the future governance model for Newham, including the directly elected Mayoral model, which has been in place since 2002.

The decision means Newham voters will have the opportunity to choose between two distinct models for the council – the currently directly elected “Mayor Model” and a “Committee Model” – at a referendum on May 6, 2021.

The decision to hold a vote fulfils Mayor Fiaz’s 2018 election pledge to hold a referendum on having a directly elected Mayor by 2021 and “change the way the Council works so that we build a culture of trust and openness that involves our residents in our decision making”.

The referendum is amongst a range of measures designed to increase the role of residents in decision making; embed principles of participatory democracy and bolster the role of councillors, and put ‘People Power’ at the heart of local democracy in Newham. It follows recommendations of the independent Democracy and Civic Participation Commission, published in July 2020.

Councillors agreed to trial a standing citizens’ assembly from May 2021 for a year, giving residents the chance to directly impact how decisions that affect their lives are taken forward. This builds upon existing local Citizens Assemblies and Forums on issues from Climate Emergency to budget spending, on co-production and co-design principles and further opening up transparency and decision making.

Mayor Fiaz said: “I was elected on a platform to transform Newham and pledged to change the culture, structure and governance of the Council. This is a bold vision where Newham becomes a beacon for participatory democracy.

“The Covid-19 pandemic has both highlighted and exacerbated existing inequalities and injustices, creating further barriers to democratic participation. The disproportionate impact on some populations – in particular black and minority ethnic communities – has been acutely clear, including in Newham. Addressing this democratic deficit is central to our determination to create an environment where people no longer feel disconnected from the decisions that affect their lives.

“Participatory democracy is about the real and genuine involvement of all our residents in the decisions that affect their lives, and in how the future of the borough is shaped. It is about ensuring that all voices are heard – such as our young people and those who are often marginalised or excluded by the processes in which our political decision making takes place. We will put in place new and innovative plans, such as having a standing assembly to really build on the participatory initiatives already in place.

“We want this new People Power to have real teeth, to empower local people to work with us to shape how our policies are taken forward, and also how our resources are prioritised. Importantly, People Power will significantly build upon the vital relationships that proved so important during the Covid pandemic, including with our voluntary, community and faith groups.

“These plans go hand-in-hand with our priorities to invest more in our young people, and to tackle the obstacles that can disenfranchise people due to poverty and inequality through Community Wealth Building. Moreover, we will create the positive means of involving people as a strong response to the minority of corrosive elements that too often toxify civic engagement, in particular through social media.

“In Newham, we are building this new framework for People Power with concrete proposals to affect significant change, which is part of the global movement for real democratic empowerment. The measures we agreed at Full Council seek to make Newham a beacon for participatory democracy in this country, and part of that emerging movement across the world. The council is committed to listening to residents and involving them in decision making, to build a system of genuine ‘people power’.”