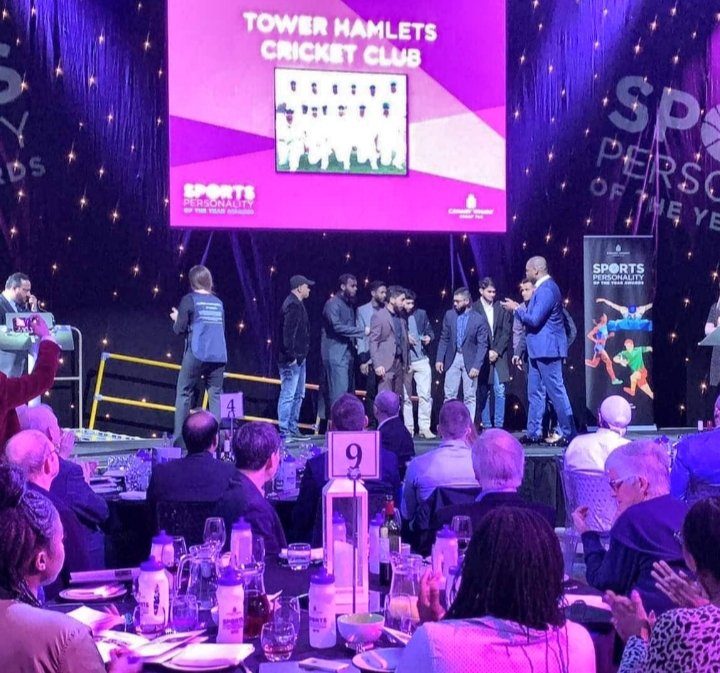 The eagerly awaited Canary Wharf London Sports Personality of the Year award staged in a colourful event last night. Tower hamlets Cricket Club (THCC) has been shortlisted for senior team of the year award for 2019. Being shortlisted for this prestigious award made the members of the club member proud and emotional.

Club Captain Sharif added, “Getting nomination for the Senior Team award for back to back two years shows the club marching in right direction and this night will motivate our boys to work harder during the season. Special thanks to Canary Wharf Group for arranging such a wonderful sports award night for the community”