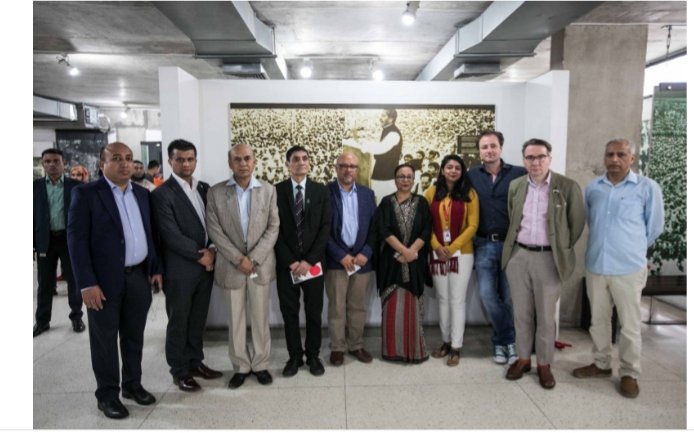 A visiting UK press & media team paid their respect to the founder of Bangladesh Bangabandhu Sheikh Mujibur Rahman by paying a visit to Bangabandhu Memorial Museum in Dhanmondi on the morning of 21 December at Dhaka Club. 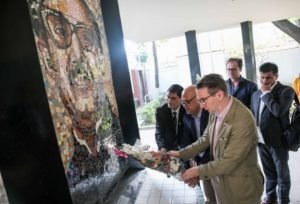 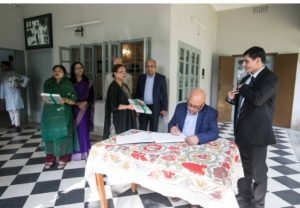 They gave a guided tour of the museum stating the tragic killing of Bangabandhu with his entire family, except Sheikh Hasina & Sheikh Rehan who were abroad at the time, highlighting key points of Bangabandhu’s political struggle for the people of Bangladesh. It was in this house that much of planning & preparation for launching the Bengali nationalist movement was done from this house. When the Pakistani military cracked down on the unarmed Bengalis on the night of 25 March 1971 Bangabandhu sent out Bangladesh’s declaration of independence from this house. As a result, this house at 32 Dhanmondi has become an enduring symbol of love and admiration people feel for Bangabandhu, and a place where they can renew their commitment to the Bengali nation. Following the visit, the UK team members were gifted with the publication Bangabandhu Sheikh Mujibur Rahman, Father of the Nation.