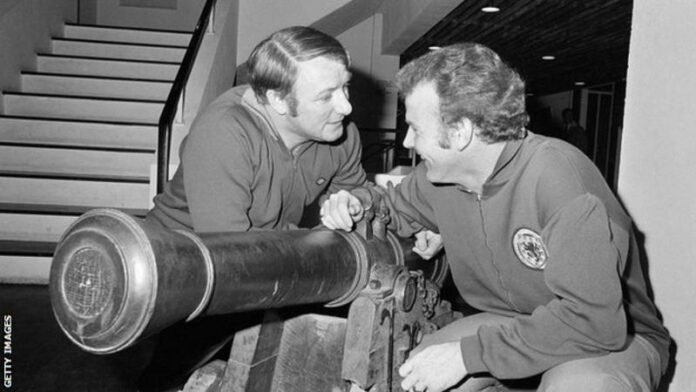 Former Manchester United and Scotland manager Tommy Docherty has died at the age of 92 following a long illness.

As a player, Glasgow-born Docherty made more than 300 appearances for Preston and won 25 caps for Scotland.

“Tommy passed away peacefully surrounded by his family at home,” his family said in a statement.

“He was a much-loved husband, father and papa and will be terribly missed.

“We ask that our privacy be respected at this time.”

Docherty – affectionately known by his nickname ‘The Doc’ – died at home in the north west of England on 31 December.

After spells managing Chelsea, Rotherham, QPR, Aston Villa and Porto, he took over as Scotland boss in September 1971 on a temporary basis before getting the job full-time two months later.

But he was best known for his five-year spell at Manchester United, who approached him to succeed Frank O’Farrell in December 1972 while Scotland were on course to qualify for the 1974 World Cup finals.