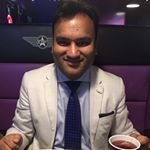 This is the first episode in ‘Youth Matters with Propa Rezwana Anwar,’ a series which aims to help discover what renowned figures in our community have to say about issues that are of paramount importance to the youth of today.

Eid Mubarak from BritBangla24.com, proud to be supporting the ‘Just Smiles’ charity and the ‘Eid Smiles’ initiative. It was set up by Mr Faruk Miah MBE, and the idea is that there is no gift like that of a smile – and since it’s a free gift we can all give, what better way to celebrate Eid than to see others smile? It initially started as the brain child of just two friends, but within a short space of time it evolved to become extremely well reputed. Over the past year, Mr Faruk Miah MBE and his friends have helped distribute clothes in Bangladesh to those who need it the most, harvesting synergies with other notable organisations along the way.

I was very lucky to get to hear his thoughts directly in a quick interview for BritBangla24.com and I hope you enjoy this clip of the interview all the way from Birmingham! The aim is to make one million people smile in the next five years, an aim which will see tangible benefits if more young people take an active interest and get involved. As I say during the interview, the most important thing I took from Birmingham that day was a massive smile and I hope to spread it to all of my friends. Stay tuned for further episodes – this is just the beginning!