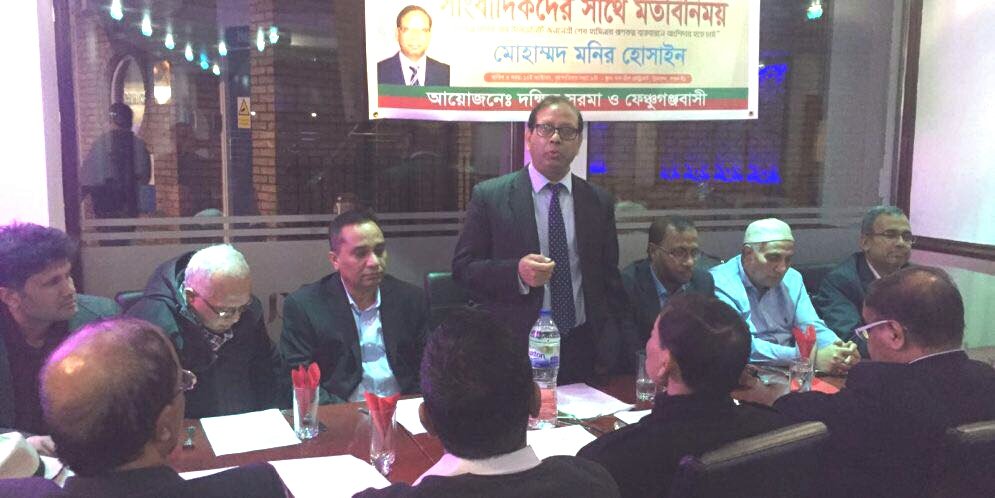 Prominent Awami League politician Mohammad Monir Hossain has announced that he will be contesting in Sylhet 3 constituency, comprising of South-Surma, Fenchuganj and parts of Balaganj.

He made the announcement at a discussion meeting with local Bengali press & media journalists on 12 October at Brick Lane’s Shaad restaurant. He said he wanted to represent his birthplace constituency to contribute in implementing development vision of Prime Minister Sheikh Hasina. The exchange meeting with journalists was organised by the residents of South Surma & Fenchuganj living in the UK.

Monir Hossain said, Prime Minister Sheikh Hasina has made Bangladesh a role model of development but people of Sylhet-3 constituent are not ripping the benefits due to poor leadership. To ensure the progress of Sylhet-3 constituency, he will contest as Awami League’s candidate in the next election and sought active co-operation of all from his constituency.

At the outset of the meeting, former Speaker of the Tower Hamlets Council Cllr Khales Uddin Ahmed said, Mohammed Monir Hussain has been involved in social and community work and upholding the spirit of the war of liberation to realise Bangabandhu’s dream of Sonar Bangla. If he is elected he feels the development of the area will be much faster.

Monir Hussain said that he has always made sincere efforts to work for the welfare of the people. From early childhood he has been associated with community work and political activism. As a student he was elected VP of Madan Mohan College and Sylhet Law College. After coming to the UK, he has remained active in community sector and in party politics. He was the President of Bangladesh Teachers Association and Central President of Greater Sylhet Council. Currently he is the founder President of the Development Council, Central President of Bangabandhu Writer’s & Journalist Forum, Vice President of the All European Bangabandhu Parishad and a member of the Advisory Council of the UK Awami League.

He said, when the anti-liberation dark forces were turning Bangladesh into a wretched land of militancy and extremism, when the country’s dreams and hopes were being wreaked, Bangabandhu’s daughter Sheikh Hasina emerged to lead the Awami League in bringing back the spirit of liberation war to improve the quality of life of the people of Bangladesh.

He also praised Sajeeb Wazed Joy, son of the Prime Minister’s, in realising her dream of building a digital Bangladesh. Referring to the success of Prime Minister Sheikh Hasina’s development projects in different fields, including a farm, a house, empowering women, reduce child mortality rate, prevention of child marriage, poverty alleviation and health care Bangladesh has become development model of the world.

Monir Hossain said that he has been working in Bangladesh and abroad for a long time with the conviction of becoming a partner to Bangabandhu’s Sonar Bangla and Sheikh Hasina’s Digital Bangladesh. He wants to become people’s representative of South-Surma, Fenchuganj and Balaganj at the next election to get the opportunity to work more actively in the future. He wished everyone’s prayers and cooperation for being a partner in building Digital Bangladesh for the welfare of nation and his own area. 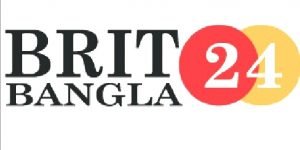