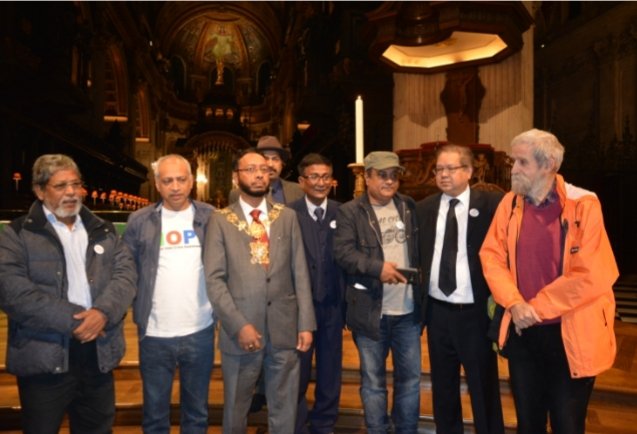 A Service of Hope and Remembrance was held at St Paul’s Cathedral to remember victims and all of those affected by hate crime hate crime on Sunday 14 October. 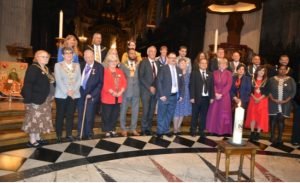 The purpose of the event was to remember those whose lives have been taken away or abused by hate crime and to renew commitment to be vigilant and strong to defend dignity of all human beings. The gathering was attended by people of all faith and of no faith to celebrate diversity to stand with victims in solidarity.

A national candle was lit by Rose Simkins of Stop Hate UK in memory of Stephen Lawrence, killed 25 years ago, and by Rajonuddin Jalal from the Altab AliFoundation in memory of Altab Ali, killed 40 years ago. The candle will remain lit within the Cathedral for the duration of National Hate Crime Awareness Week.

In remembering Altab Ali, Rajonuddin Jalal said, ‘Altab Ali was brutally murdered simply because his colour of skin was different from his attackers. It was pure hatred. He was attacked and killed in St Mary’s Churchyard in Adler Street.’

Rajonuddin Jalal added in his brief address, ‘The Altab Ali Foundation was formed to commemorate the racist murder of Altab Ali every year on the 4thof May to remind ourselves that the battle is not yet over. This is now more urgent as we see the rise of proto fascists forces in UK and throughout Europe. This is reflected in the rise of Anti-Semitism, and Islamophobia. A similar outpouring of hatred against migrants and refugees continues. There is a lot more to do in campaigning against institutionalised racism and for equality, justice and prosperity for all sections of the community.’