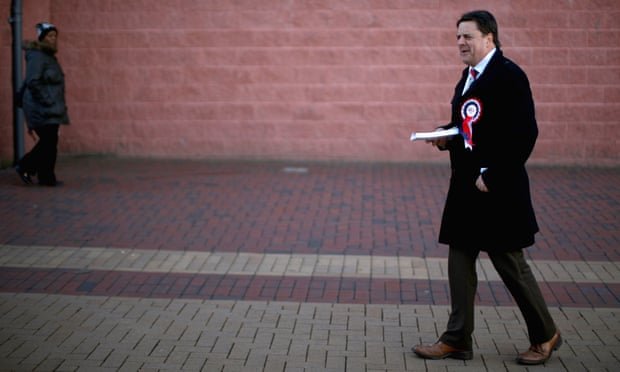 Years after the company first dismissed fears it was empowering extremists, Facebook has permanently banned a number of far-right organisations and individuals including the British National party (BNP), the English Defence League (EDL) and Britain First .

The ban, which came into effect at midday on Thursday, extends beyond the groups and individuals specifically cited as hate organisations: posts and other content that “expresses praise or support” for them will also be banned, as will users who coordinate support for the groups.

The move is the latest in a series of crackdowns by Facebook, beginning in February when it banned the rightwing activist Tommy Robinson under the same rules, and continuing in March when it reversed a longstanding policythat had allowed “white nationalists” and “white separatists” to post on the site, provided they steered clear of promoting “white supremacy”.

A further 12 individuals and accounts have been banned by the site: the BNPand its former chairman, Nick Griffin; Britain First, its leader, Paul Golding, and former deputy leader Jayda Fransen; the EDL and Paul Ray, a founder member of the group; Knights Templar International and the far-right activist Jim Dowson; the National Front and its leader, Tony Martin; and the far-right activist Jack Renshaw, a former spokesman for the proscribed terrorist organisation National Action.

“The individuals and organisations we have banned today violate this policy, and they will no longer be allowed a presence on Facebook or Instagram. Posts and other content which expresses praise or support for these figures and groups will also be banned. Our work against organised hate is ongoing and we will continue to review individuals, organisations, pages, groups and content against our community standards.”

The move was welcomed by the Labour MP Yvette Cooper, the chair of the home affairs select committee, who called it “long overdue”.

“These measures are a necessary first step but there should additionally be independent regulation, as well as meaningful financial penalties for companies who are too slow to deal with illegal, violent and extremist content within a strict timeframe,” she said.

Facebook’s actions come the week after the UK government announced a plan to make Britain “the safest place in the world to go online”. In a white paper, outlining its intended legislation, the government suggested platforms such as Facebook should be held responsible not only for removing illegal content, such as the promotion of terror or child abuse imagery, but also for removing so-called “legal but harmful” content, including disinformation, cyberbullying, and content promoting suicide and self-harm.

In a statement, the far-right group Knights Templar International said it was “horrified” by the ban, and that it was exploring legal options. “Facebook has deemed our Christian organisation as dangerous and de-platformed us despite never being charged, let alone found guilty of any crime whatsoever,” a spokesman said. “This is a development that would have made the Soviets blush.”

The company’s decision to ban five of Britain’s most prominent far-right organisations shows it has moved a long way from its previous position on the groups.

As early as 2016, concerns were raised about the scale of the far right’s activities on social media. Britain First, then a registered political party, had used a combination of canny tactics and sponsored posts on the social network to push anti-Islam posts to millions of users, drawing one of the largest social media followings of any British political party. When queried on whether this was desirable, Facebook told reporters the site “is used by parties and supporters of many political persuasions to campaign for issues they feel passionately about.

“Like individuals and all other organisations on Facebook, they must adhere to our community and advertising standards, which set out the limits for acceptable behaviour and content.” It would be another two years before Facebook banned Britain First from the site.

When Facebook initially banned the organisation in early 2018 it was for repeated breaches of the site’s posting policies, and did not reach the level of designating it as a dangerous organisation. That ban came a few months after the group had ceased to be a political party.

However, according to a source familiar with Facebook’s moderation, the community standards will continue to apply even if one of the newly proscribed individuals runs for or assumes political office, since the company has a clear policy that politicians must follow the same rules as other organisations.

The latest bans come two months after Facebook designated the far-right activist Tommy Robinson – whose real name is Stephen Yaxley-Lennon – as a dangerous individual, deleting his accounts on the site and on Instagram. A month later, YouTube also took action, drastically limiting the availability of his videos on the site: they have been removed from search and algorithmic recommendations, comments are disabled, and users must click through a warning to view them.