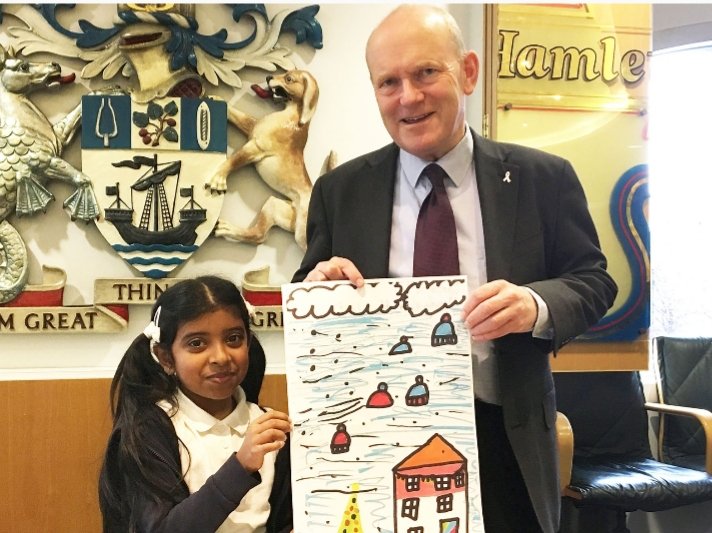 The festive season is upon us and Mayor of Tower Hamlets, John Biggs, was recently inundated with more than 160 entries to his 2018 Christmas card competition. 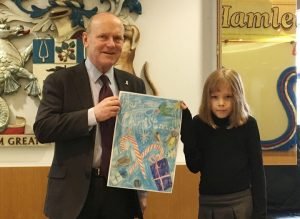 Selecting the winners was no easy task, but the Mayor, along with the council’s Chief Executive, Will Tuckley, and Director of Children’s Services, Debbie Jones, were delighted to choose three festive designs for their cards this year. The winning entries were drawn by:

John Biggs, Mayor of Tower Hamlets, said: “I would like to say a heartfelt thank you to all the children who sent us such wonderful cards. When we looked at all the designs, it was clear a lot of creativity, hard work, and festive spirit had gone into them.

“We were impressed, but not surprised, to see such talent from local children as young as four. Many of the cards included some very touching well-wishes for the residents of Tower Hamlets – a sentiment we would like to echo this Christmas.”

The winners, accompanied by their parents and several brothers and sisters, attended the council’s Town Hall to meet the mayor, chief executive the corporate director of children’s services. They also collected book token prizes, saw the council chambers, the chains and maces of the speaker, had a bite to eat and were photographed with their winning drawings.