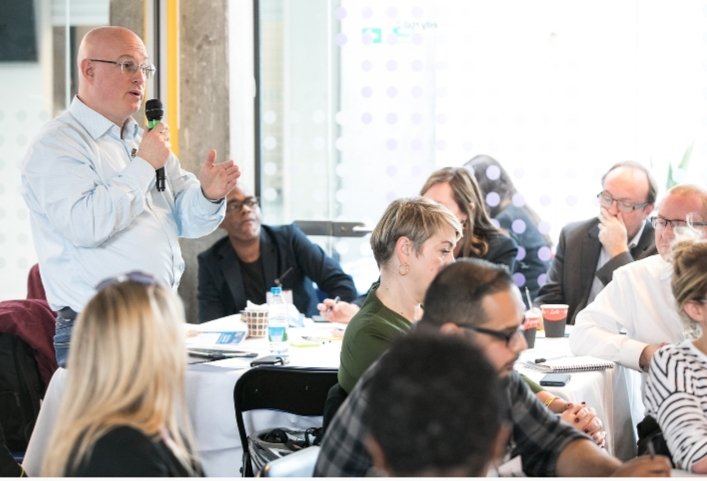 John Biggs, Mayor of Tower Hamlets, held a violent crime summit on 21 September at the Osmani Centre, E1 with police officers, industry experts and community groups to consider the best way to tackle drug dealing and violence on the streets. 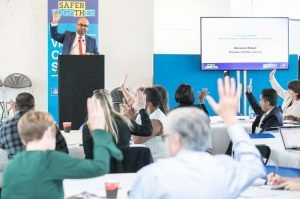 The move builds on successful partnership work between the council and police, which has already resulted in the imprisonment of 160 drug dealers, £165,000 being seized under the Proceeds of Crime Act and 75 people being referred to substance local misuse support services, which have some of the best outcomes in London.

“This summit was a good step forward in sharing our collective knowledge and resources to tackle crime and the drugs market in Tower Hamlets.

We need our police, council, voluntary sector, schools and youth services to work effectively together through a multi-agency approach.

“Keeping our streets safe is an absolute priority for me.”

“Drug related crime is rooted in complex issues and there is no quick fix for it. However, I am pleased with the progress our partnership work has achieved so far and with our plans for the future.”

He said. “One drugs phone line can earn a dealer £21,000 in a week. When we tell young people to change their ways, we need to offer them something that can replace that level of excitement.

“Unless we’re in their spaces and understanding their choices, we’re not going to be able to reach them.”

Martin Griffiths, who leads for trauma surgery at Barts Health NHS Trust, revealed that 700 young people were treated in 2017 for stabbings compared to 481 in 2010 and young people from across London were presenting themselves at the centre because it had a “good reputation” for care.

He said there was a 45 per cent chance of them being readmitted within five years and he had seen an “increased tolerance and indifference to interpersonal injury” from young people being treated.

The council invested £3m in funding for additional police officers to work in Tower Hamlets, in an effort to plug cuts to police budgets in 2017.

In April 2018, the council introduced a new team to prevent vulnerable young people from being sexually or criminally exploited by gangs and to prevent them“crossing county lines” – where Class A drugs are moved from inner city areas to county towns.

Operations by the team have resulted in 10 arrests since it was established and one male perpetrator was sentenced to three years in prison for grooming and inciting a child into sexual activity. The work was praised by Ofsted this year.